This program will surely appeal to viewers who love extreme sports - if not engaged, at least to watch. Nail "the fast and the Furious talents," Moto show from artists from the Brazilian city of Sao Paulo. Masters of freestyle, under the guidance Tahera where paw Fabricio at a speed of 65 km/h riding inside the steel ball. However, other performers are no less worthy of attention.

Rooms in this genre as "the antithesis of" meet periodically in circus programs. It consists in the fact that the actor is lying on his back, and his feet at that time held high and juggle different objects. However, as it makes Caresif yasmin Chantelle, really impressive. This girl lives in Germany at the arena she performs with a seven-month of age with his parents. The actress gracefully juggling plates and balls - her art is fascinating! Another bright room - acrobats cylinders under management of honoured artist of Ukraine Oleg Rybchenko. He claims that this number is unique in the world, and he was born from student exercises with props. Cylinders for artists who flipped in the air, jumping over the chain, as using skipping ropes (and all this on these cylinders!), Made to order. It is not surprising that this exclusive was appreciated all over the world: acrobats have already won a gold award circus festival in Prague, "silver" was in the Netherlands, and also became winners of international circus festivals in Monte Carlo and Grenoble.

Very impressive built room air gymnasts Alina Miroshnichenko, which soars under the big top on canvas and cord de-flounced. The Dnieper river was also visited by the finalists of the TV project "Ukraine has talent" - world Champions on the bike trial led by Jan Sokolowski. Ian hails from Exactly, he is the organizer and one of the team members of X-Clan, which is one of the most exciting disciplines of Cycling. For several years he and his team organize and conduct velotrans show. Before you go to the circus, the boys had to practice on the performances in Nightclubs, at the opening of shopping malls and shops, city festivals, commercial events and concerts, festivals, children's parties. From the masters trial there are several options of performances - from small flat area indoors before the speech on a large area with the structures. The most visually spectacular part of the number is jumping over people.

Fans of the TV show "Ukraine has talent" well-known names Irina and Vladimir Lumpy and Bogdan gaydarzhi. In the fourth season, the three of them reached the semifinals, becoming one of the most prominent participants. And at the same time - some of the most extreme. And now in the new program of the Dnepropetrovsk state circus audience, live can see what the whole country with a sinking heart I watched on TV. Namely - how this trio performs acrobatic stunts on moving motorcycles. Vladimir Kuskov, a native of the Donetsk region, his wife Irina from Samara. In the circus they work for a long time, but it turned out that the number "Icarian games" - tossing, foot partners (the top, usually children or youths) in different positions - was born in 1997 in Dnepropetrovsk state circus. By the way, the "Icarian games" by Association associated with the romantic flight of the legendary Icarus. The name of this form of acrobatics is firmly established in the everyday life of all circuses around the world since the middle of last century, although such numbers were known previously. It is possible that the ancestors of the "Icarian games" was uptodate, that is, jugglers legs, which have become instead objects to throw children and adolescents. Tossing his feet - the main application Icarian acrobatics.

Another "nail" the current programme - a magician Alexander Kapica, the winner of the festival "Magic rings" of Ukraine. The best tricks of the world, teleportation of a person, increase items, as well as their disappearance - all in the Arsenal of Alexander and his charming assistants. The "trick" of the attraction is that all the stunts are shown very rapidly, one after another with great speed. The audience did not even have time to realize how possible such miracles! The program accompanies the ballet "fast and furious", entertains the audience the clown Peter Black.

But what about animals? Of course, not without them. "Cat's game" by Marina and Svetlana Savitsky will surely enjoy the kids. And in the room love Timokhina cats are friends with foxes, although the nature of this, of course, does not happen. This tamer has brought to our city Caucasian shepherd, but this time her pupils - above all praise. Blonde and Caucasians are a winning combination! 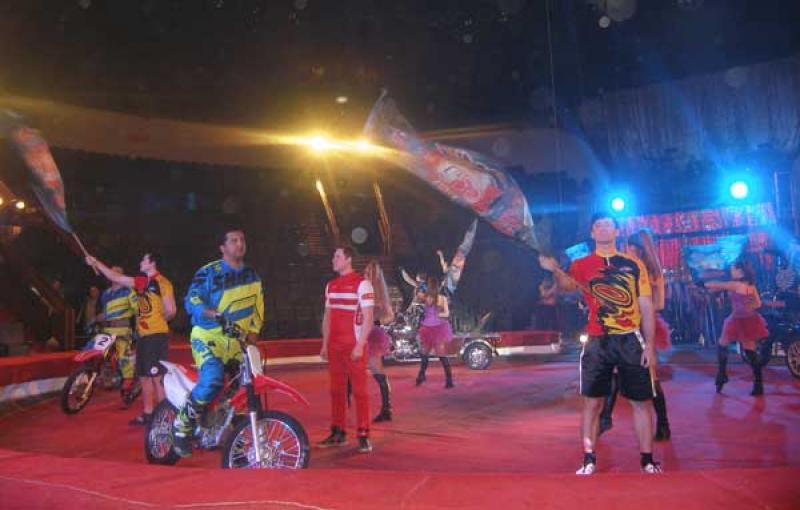 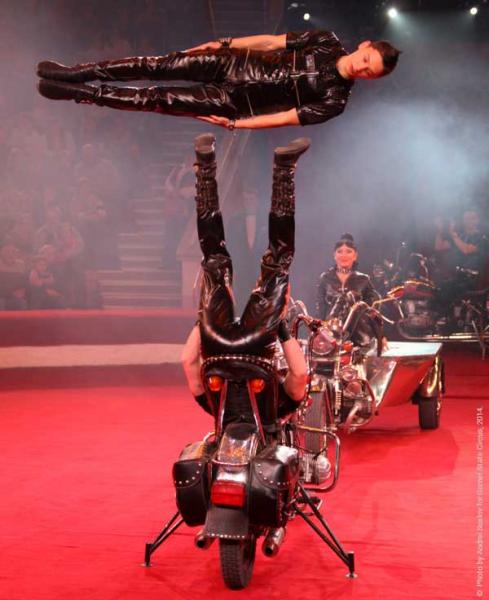 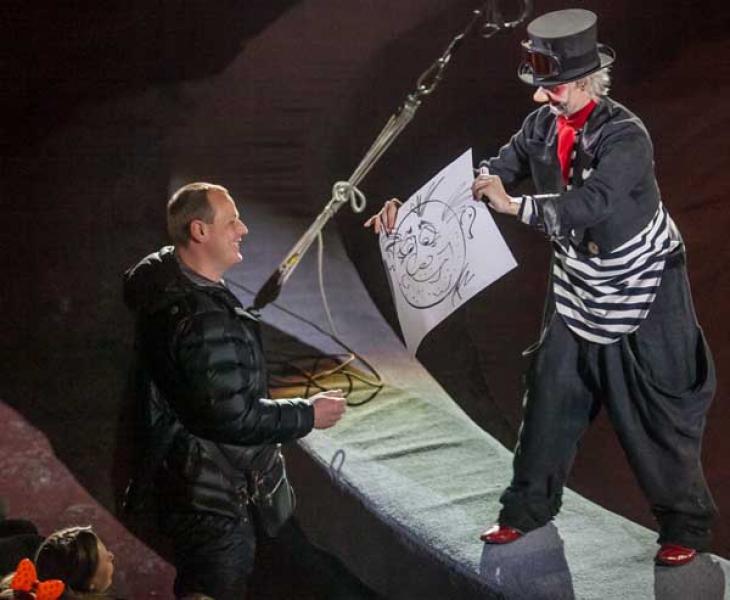